Spring is almost out the door, and that means summer is right around the corner. But, with springtime out the way, and bass finishing their spawn cycle, what does that mean for anglers?

It means summer bass fishing is here. Early in the summer is when bass are the most active, seeking to replenish all the energy spent breeding. Which, of course, means that they’re going to be biting hard and fast. However, bass aren’t complete simpletons; they got keen eyesight and sharp senses.

If they see something unusual, they’re not going to bite. Your job is to find the perfect lures for summertime. Thankfully, we’re here to help you achieve your goal. But, before we tell you which lure to choose from, let’s learn about the bass.

Water temperature has a direct correlation with the activity of the fish and the season. As summer begins, the temperatures are still not at their peak, so bass tend to be more active (they’re at their prime on temperatures that fluctuate between 55 and 78 Fahrenheit).

However, if the water temp exceeds that limit, they’ll instead try to find more favorable areas where they can thrive.

Knowing where the water temperature fluctuates is an essential element to your success. If you’re fishing deep into summer, you’re going to seek the areas where its cooler.

Alternatively, when it’s early summer, you can find the bass almost anywhere in the lake. Because of their behavior, using different lures means you’ll maximize your chances of catching a whopper.

Not every fishing lure serves the same purpose. Some lures use different angling techniques to draw bass out from their hiding spots. A few others have unique features that make it easier to catch bass in the weather conditions of summer.

By staying versatile and mastering a variety of lures, you’re improving the odds of success by a large margin. Still, you need to understand the difference between each of the changes from early to late summer.

The best time to fish bass during summer is the early portions. At this point, they’re everywhere in the water. We’ve already made it clear they’re trying to get back everything they lost during spawning season.

Yet, because it isn’t too hot outside yet, the water temperatures remain cool. Hovering around the 60 and 70 degrees Fahrenheit, the bass can thrive.

However, while the constant temperatures make the fish more likely to bite, they’re also less predictable. Bass can travel for miles, and in early summer, they probably will swim long distances in search of food. Prepare yourself to cover a lot of ground (water) during this stage.

Another factor to consider is early summer showers. During the beginning of the hotter months, it can consistently rain. Water levels will rise, during these showers and can provide hiding or congregation spots for bass, as they seek cover from fallen trees, foliage, and retaining walls or docks.

Knowing where they congregate is a good tactic to keep in mind before setting off for a fishing trip. We recommend you use the following types of lures during this portion:

If you’re new to bass fishing, try your hand during the early summer portions. Since the fish are actively feeding, you’re likely to catch a decent amount of them even if your techniques aren’t as comprehensive.

As the months progress, summer will begin reaching extreme temperatures. Bass don't thrive in temperatures that are above 80 degrees, and as such, they will go into hiding. Knowing which areas to look for them is the solution to this problem. Try finding bass by looking in the following areas:

The heat and light emanating from the sun becomes unbearable to the fish around 9 am, at which point they will run for shelter. Bass have keen eyesight, and the bright lights blind them as they're unable to adjust for brightness.

Furthermore, the water will remain too hot until its closer to nighttime. For said reason, your best bet is to avoid fishing when the sun is at it's highest points. However, if you're trying to go fishing during the day, look for them in the areas we listed above.

Bass congregate in these shaded areas to prevent being blinded by the light or overheating their bodies. If you can locate these areas and grab them before other anglers arrive, you'll have an advantage over the competition. On top of that, we recommend you use the following lures for mid-summer fishing:

There is a window of opportunity from early morning that you'll want to capitalize on from dawn till nine. The bass love swimming around this time because the water isn't too hot and the sun isn't too bright. As they say, the early bird gets the worm. Well, the early angler catches the bass.

Your geographical location is the ultimate determining factor on fishing bass during late summer. Some areas will become unbearably hot as the summer progresses to its final phase.

Other regions cool down as the fall season nears. Furthermore, cold fronts and rain will alter the water temperature, consequently affecting the fish's behavior. As the water cools down, bass become lethargic, and their metabolism slows down.

One crucial factor you need to keep in mind is stability. Bass don't like it when the temperatures are variating wildly. If you notice there is a sudden streak of days where it's incredibly hot, and times when it's much colder, bass will opt to hide instead.

Staying in the deeper regions of the lake allows the bass to regulate its temperature efficiently. However, if it's consistently warm, the mid-summer lures will work just fine.

Seasoned anglers will know what to expect in their region. However, if you're new, keep a combination of lures from early and mid-summer and test out different tactics to catch them.

Understanding each portion of summer is as important as the lure you're going to use. Below are the advantages of the best types you'll use during the summer to catch bass.

Perfect for scoping out bass from their hiding spots. You can use jerkbait to find the fish that are gathering in structures, grass, or the thermocline regions of the lake.

Grassy regions and vegetation provide bass with hiding spots from the harmful sun. They also allow them to hide out and ambush bugs and insects.

Flukes will hang from the weed, making noise, and agitating particles of dirt. This disruption will catch the attention of the bass.

Unlike flukes and jerkbait, fish don't bite worms out of curiosity or instinct. Instead, they attack worms for an easy meal. Plastic worms are exceptionally useful for isolated structures such as docks and piers.

A worm's movement mimics a slow sinking prey. This behavior entices the bass to go for the kill. Try using worms that have scent built-in, but if not, feel free to find one in your local outdoor store.

If you're fishing in the early morning, using a frog can make it easier to catch bass. Uncupped frogs are better in areas with thick vegetation. Ensure it stays on top of the weeds, and by using a steady retrieve, you'll draw the bass to the lure.

Cupped frogs splash water as you retrieve them. The splash will catch the attention of the bass, as you slowly bring it towards you. Give them a few seconds between each retrieve.

The pause will give the fish a chance to strike. One tip we want to include with frogs is not to set the hook in too fast. Instead, let the fish bite it for a few seconds (one or two) before hooking them.

This topwater lure covers a lot of water in a short amount of time. The unique feature of buzzbait is the buzzing noise generated by the propeller on the top. By creating a trail of bubbles and generating sounds, it draws bass in with minimal effort.

Using these in clear areas with minimal vegetation is a good way to catch them as you'll want to cast and retrieve quickly. The motion generated by the retrieve will cause the propeller to spin, at which point you'll slow down.

By mixing up your movement (slow or fast retrieves, altering direction, and speed), you'll attract fish with ease. Use them in conjunction with a trailer hook to improve your chances of a catch.

A key advantage of the spinnerbait does not feature a treble hook. Which means, the lure will not get caught on weeds and debris. Use this to your advantage as you cast it in areas with vegetation and sunken trees.

As the bass goes deeper into the water, you'll find it become lazier. This type of lure simulates baitfish, which is the perfect prey for a hungry bass.

By using a deep crankbait, you'll ensure it can sink as much as possible, making it easy prey for any fish trying to avoid sunlight. We want you to know, however, that crankbait works well year-round as bass love to prey on baitfish.

Another lure you can use in thick vegetation is the punch rig. If you know the bass are hiding in weeds and plants, getting them out of there can be a challenge.

Punching rigs plunge through thick surfaces to reach the areas below quickly. You can find these in a variety of styles like skirts, mats, flipping, and pitching. They all have their own set of advantages, but the key factor is that they all punch through the weeds to draw the bass out.

As the name implies, these jigs are especially good at attracting bass. Jigs are available in a variety of styles, which use different techniques to catch fish. Bass are instinctively attracted to the shape and form of a bass jig.

If you're familiar with spinnerbait, you'll have no problem using this type of lure. Bass jigs are also an effective lure to use throughout the entire year. Keep in mind the following though, the category of your jig depends on its weight.

The heavier it is, the deeper and faster it will sink. You'll want to purchase your rig by keeping this in mind.

The short answer to the question is none in particular. Bass aren't attracted to a single specific lure at all times. But, that doesn't mean you can't find success by using your favorite type.

The long answer, however, is much more elaborate. Bass act differently depending on numerous factors. The weather, the temperature, how cloudy the sky is, and such. But, if you bring a variety of lures with you, and are adaptable, you'll overcome any challenges present.

We recommend testing out your lure before starting your day of fishing is a great way to test out their behavior. One way you can do it is by dropping it on the water and seeing how it reacts. Having an idea of how it behaves will let you adapt to your circumstances with ease.

You can keep fishing until the end of summer and catch plenty of bass. Using a variety of tactics, and every tool in your arsenal is the key to success. As the fall season begins, bass will try to fatten up in preparation for winter.

Meaning, you'll have plenty of opportunities to catch them throughout summer and fall. If you don't succeed the first time, try changing tactics and going for the vengeance. However, by using the lures we mentioned in this article, you increase your chances of victory. Just keep in mind, you're there to have fun and bring home the big one! 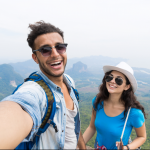